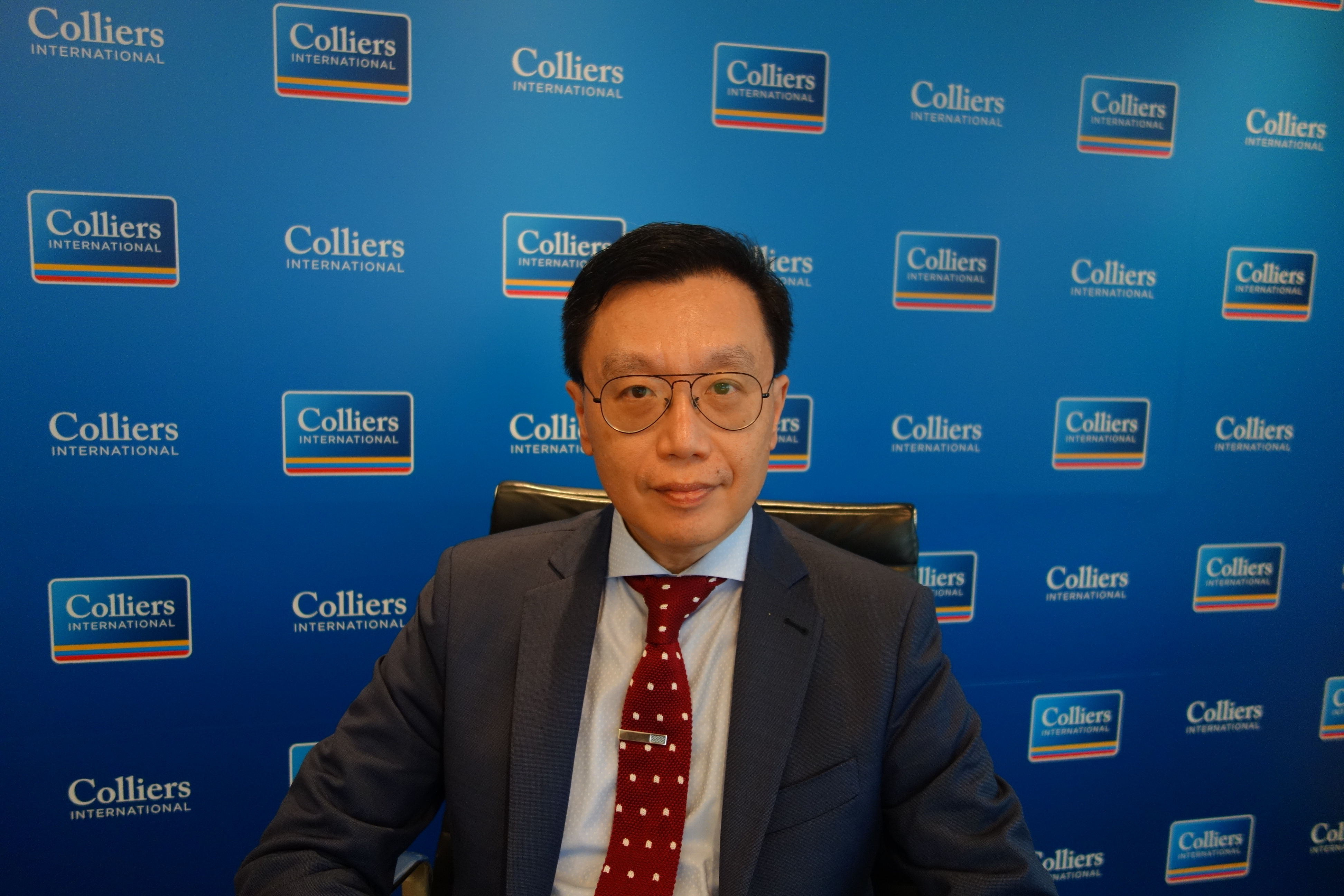 "One should never assume, but develop a thick skin, ask the right questions, do more of what is best for the business, be collaborative and be able to lead change"

After starting his career as a management trainee in the hospitality industry, Ricky was presented with the opportunity to choose between HR and marketing for his next career move. For him this was not a hard decision. “My passion for people triggered me to choose HR.”

He has never regretted his decision as he is still working in HR and now almost 30 years later, he holds the position of People and Performance Director for Asia at Colliers International and is still following his passion - people.

In this role, he has developed a strategy that aims to improve the performance of their people to drive the business forward.

Early in his career, Ricky moved to Canada, where he pursued an HR qualification. He obtained a Certified Human Resources Professional (CHRP) qualification, a nationally recognised level of achievement within the field of HR. However, he says, while it is mandatory to have a qualification, there is no specific qualification that would make or break you in terms of reaching an HRD role.”

He worked hard in building his professional network through volunteering at HR associations and soon afterwards, he succeeded in finding an HR role at Holiday Inn Canada. “My hard work and fate landed me the job at Holiday Inn. Based in Kitchener, this was a fantastic opportunity for me as the location is known to be the headquarters for major insurance players and I enjoyed five years of success in this role.”

Back to Hong Kong

Before he moved to Canada, Ricky had a short career stint in Hong Kong. This was after his sociology and urban planning studies and his management trainee programme, where he became HR Officer at New World Hotel. After that, he joined Cathay Pacific where he worked closely with the Industrial Relations Director, which he described as an eye-opening experience.

After returning from Canada in the mid-nineties, he took on his first managerial role as HR Manager at Motorola. After becoming the HR Manager for the manufacturing team in 1997, he took on a new challenge in 1998 and moved into a regional role. At this time, Motorola was already innovative in its HR model and use of technology. As Regional HR Business Partner for the heads of departments in the region, he would work closely with the business, understanding their needs and translating their requirements into effective solutions.

Ricky’s position at Motorola was categorised as ‘In Business HR’, though he eventually found that this role was becoming too distanced from the skills he wanted to nurture. “It was my first managerial role in Hong Kong and I wanted to get more hands-on experience. So I moved onto another role to get more involved in work on the ground, to develop stronger technical experience and skills.”

He also suggests embarking on a new role with a vision of what you want to achieve and how you want to develop yourself in order to contribute to the company and at the same time, achieve your own career goals. This approach lends itself to a win-win situation.

When asked for the best piece of advice ever given to him, he says that someone once told him, “You cannot be strategic unless you know the technical work.” He adds that aside from the technical experience, personal characteristics that can help you succeed are your personality, drive, willingness and belief in learning, as well as a good attitude and business sense.

After leaving Motorola, Ricky joined Sybase, a database management firm. Here, he was hired as the first Regional Senior HR Manager responsible for 300 staff in Asia covering 12 locations. The wide exposure and challenges saw him remain with Sybase for six and a half years, where he progressed from HRD to senior HRD. After a short spell at SAS, he rejoined Sybase a year later and stayed for another three years, building and implementing a competency framework across the region.

Ricky’s next role was at Atmel Corporation, a US listed firm with around 7,000 staff globally. Here, he supported the Global HR Business Partner and was involved at a strategic level, engaging senior stakeholders. He reported to the Global VP of Human Resources and took over responsibilities of the Global Head of Learning & Development in 2012. “This was the peak of my career as I was driving numerous initiatives developing leadership excellence at the executive level.”

There’s no single pathway to HRD

Most recently, Ricky moved to Colliers International. While his career has taken him to many places, he wouldn’t necessarily advise people to follow the same path. “Success is achieved in different ways for different people. I would advise aspiring HR professionals to invest the time in working hard and gaining practical experience.”

“One should never assume, but develop a thick skin, ask the right questions, do more and of what is best for the business, be collaborative and be able to lead change. HRDs need to balance the interests of the C-suite with those of employees and the way I developed these skills was through my passion for learning, taking on challenges and having a can-do attitude.”

In order to balance these interests, it is important for an HRD to understand the inner workings of running a business. “Successful top level managers always stay very close to the business and are detail oriented. You need to know your stuff to be able to lead, trust and delegate to your team.”

As a final word of advice, Ricky recommends aspiring HRDs to grow a network and build relationships. “I use social media sites such as LinkedIn and attend networking events. Every Christmas, I take the opportunity to send out greetings to most of the people in my network as a way of keeping in touch. Over the years, I have developed close relationships with mentors where when I ask for their opinion on a topic, their reply is almost instant. This is something I greatly appreciate and I myself, will offer help and career advice when asked.

DNA of an HRD promo block

Explore the DNA of an HRD