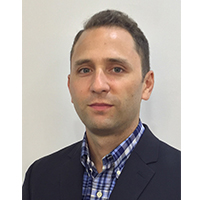 After graduating with a Bachelor of Business in Finance and Economics from a US. university, Jason began trading interest rate derivatives at a Chicago based hedge fund. Jason then moved to JPMorgan Chase where he held a number of positions within trading, technology, risk management and project management. While at JPMorgan Chase, he earned a Master of Science degree in Quantitative Finance after which Jason moved to British Petroleum.

Jason never had his sights on becoming a CIO per say, yet was attracted by the ability to influence decisions – especially technology decisions. “I think every company should include technology as a core competency and bringing that thought process to life within an organisation and seeing the benefits is a very inspiring thing.” Jason says his background in economics in conjunction with a long history with technology makes him highly suited to understand how to translate business requirements into technology solutions. “This has proven critical in my role as a CIO”.

Jason was promoted to CIO shortly after moving to Singapore from London in October 2015. “Although I do have extensive experience managing technical people in finance, I only managed technology teams for about 18 months.” He does not sit on the board but does have close interaction with senior business stakeholders.

Jason understands the potential for IT in a business. “The technology organisation of a company is in a unique position to bring the thinking and strategy of the disparate departments together that may not collaborate otherwise. Likewise, the technology organisation needs to understand how the company makes money. This way, IT is in a better position to truly add business value. For these reasons, it’s absolutely critical that CIOs are intimately involved in setting the strategic direction of the company. Having the CIO on the board sends the message that the company is serious about its technology capabilities.”

Jason stresses he was fortunate to have had many good managers throughout his career who taught him a lot about how to manage people to their best potential. He also gained confidence through experiences in public speaking at conferences, meetups and corporate events. On a technical level he says, “I stay curious about technology and how it continuously shapes our world and how to best apply it to solve business problems.” Jason believes that there is a multitude of skills required in order to successfully fill the CIO role.

When asked about personal characteristics Jason says, “I think a modern CIO must be adaptable to other cultures and have experience working outside of their home country. Dealing with ambiguity and uncertainty has proven critical for me in my career. I learned early to “figure it out” and that attitude has allowed me to learn more quickly than my peers.”

Jason also has a clear view of the cooperative aspect of being a CIO. When asked which department in the organisation is most important to partner with, Jason responded, “That’s like asking what the most important part of an airplane is? They’re all important! It is the responsibility of the CIO to build relationships, foster them and use them to deliver value through technology.” Jason is also of the opinion that current CIOs don’t possess enough technical skills. “Soft skills are important for any leadership role but what separates good CIOs from exceptional CIOs is the ability to translate business needs into creative technology solutions. Without a technical background, this is impossible.”

Jason also had a clear answer when asked about the most important characteristic that helped him reach the position of CIO. “I usually point to high emotional intelligence when asked this question. Being able to understand how to motivate technical people has been something I seem to excel at. Building incredible teams and being able to motivate them in creative ways is paramount to attracting top technical talent. These types of teams are efficient, iterate quickly and simply deliver.”

Jason stresses the importance for aspiring CIOs to develop a broad skillset. From his own experience he offers: “The single most important thing I did to further my professional career was join Toastmasters to learn how to speak in public. I cannot understate the importance of being a confident speaker in front of other people. Most of your career you will not be a manager so learning to influence those around you is critical. If you cannot speak confidently or cannot articulate a point, you have no hope of influencing anyone.”

Secondly he says you have to have technical depth. “Managing technical people is not easy if you have never written a line of code yourself. I’ve found that having technical skills has allowed me to relate more quickly to technical knowledge workers.”

Finally, be yourself. “If you’re reading this, chances are you have what it takes to become a CIO already. Leadership should be natural - it is about earning trust and respect, listening, being decisive and mentoring people around you. Be generous with your time and expertise without expecting anything in return. Listen well. Stay curious. Be courageous. Be patient. Take risks.

Don’t take a good leader for granted. Learn from them and ask them to mentor you. Surround yourself with smart people and ask questions. Expect to be humbled because it will happen every day.”