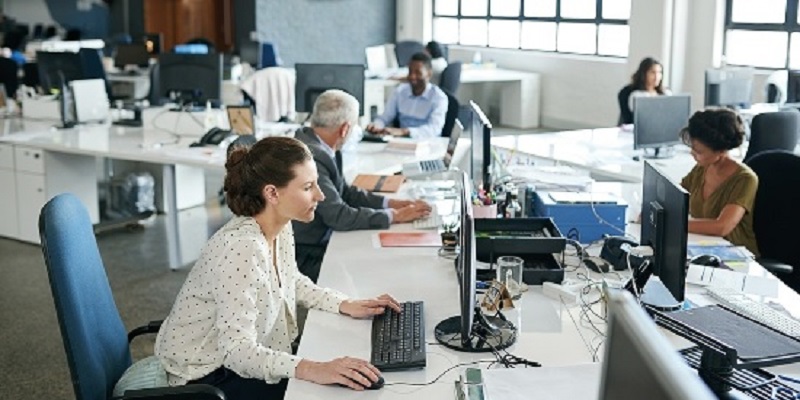 While the general consensus in early 2020 predicted a conservative year for salaries in Asia, no one could have foreseen the true scale of the slowdown on the horizon. As a result, due to the undoubted challenges that businesses have faced in the past year, the 2021 Asia Salary Guide report by leading recruitment experts Hays finds that, while employees are more concerned by salaries than ever, businesses have been forced to cut back in all areas of augmentation.
This year marks the 14th edition of the annual Hays Asia Salary Guide, which remains a definitive snapshot of salaries for positions across industries in Asia. The salary and hiring insights, including a thorough market overview of business outlooks, salary policies and recruitment trends, are based on survey responses from working professionals and companies from the five Hays operating markets in Asia: China, Hong Kong SAR, Japan, Malaysia and Singapore.
Companies freeze salaries and cut pay
As 2020 begun, companies predicted modest salary increments, with 35 per cent expecting to offer increases of up to three per cent, while a further 17 per cent foresaw no increases at all. Then, as the COVID-19 pandemic swept the globe, revenues across Asia were severely impeded, with some 50 per cent of companies seeing profits negatively impacted, annulling all previous suppositions.
As a result, 35 per cent of Asia’s salaries froze – rising to 38 per cent in Hong Kong and Japan – a dramatic disparity when compared to the nine per cent in 2018. A further six per cent saw wages decrease; the fact that ‘decreased’ was for the first time listed as an option in the Salary Guide survey epitomises the extraordinary circumstances of the year.
Furthermore, of the nine per cent of employees who received a pay cut over the last year, 36 per cent noted that they received no compensation, a number leaping to 65 per cent in Singapore. For most, 39 per cent, compensation came in the guise of reduced working hours.
Candidates to prioritise salaries in uncertain year
As a consequence of diminished income standards, it comes as no surprise that candidates on the move consider salary to be their primary reason for seeking new employment (58 per cent), particularly as this has been the case since 2018. Jobseekers in China (69 per cent) were most likely to specify salary, while candidates in Japan were the only region to cite another option, considering ‘seeking new challenges’ to be their dominant push factor (45 per cent).
Of greater note is how employees looking to remain in their roles have switched their dominant reason from work-life balance – the top choice annually since 2017 – to salary, with 49 per cent considering it an essential pull factor in 2021, including 57 per cent of respondents in Malaysia.
Employees and businesses expect stagnation to continue
However, candidates and employees alike may be frustrated in their pursuit of improved remuneration. Employers predict similar stagnation in 2021 as was seen in the previous year, with 37 per cent expecting salaries to stay in line with 2020 levels and a further 29 per cent predicting modest increases of up to three per cent.
Employers in Hong Kong, Singapore and Malaysia (42 per cent) were most likely to expect a preservation of the status quo, whilst those in China were more bullish, with 43 per cent foreseeing increases of between three and six per cent. However, four per cent of Asia’s employers envisage salary decreases in the coming year.
Asia’s working professionals are for the most part resigned to limited augmentation, as 28 per cent expect salaries to remain the same – twice that of the year before – with a further four per cent assuming that their salaries will decrease, figures closely marrying the predictions of their employers. Employees in Japan were the most pessimistic about their salary potential with the highest percentile expecting stagnation and decreases (40 and six per cent, respectively). Conversely, 39 per cent of employees in China still expect increments of above 10 per cent, more than double that of those in Malaysia (17 per cent), the second highest proportion forecasting the top bracket.
Employees hoping to see salaries boosted by bonuses were disappointed in 2020, as only 55 per cent of responders received their bonuses as expected. A further 14 per cent saw bonuses either reduced or deferred, while 16 per cent were eligible for a bonus but did not receive one. Least likely to receive bonuses were employees in Malaysia (21 per cent) while most fortunate were those in China, with 63 per cent receiving payments as expected. Predictions for the year ahead are not much improved, as just 55 per cent of companies said that they will be offering regular bonuses as part of their remuneration package in 2021, 18 per cent doing so at a lower amount than previously, and a further 7 per cent for fewer staff members.
Employers must find a workaround of budget limitations
“2021 is not the year for employees or candidates to seek substantial augmentation to their salaries, and they should instead aim to improve other areas of their career,” says Kirsty Hulston, Regional Director at Hays Singapore. “ However, if salary is an employee’s sole prerequisite, they may consider seizing the opportunity by requesting a raise, as 24 per cent of Asia’s employees asked for and received pay rises last year, the same number as the year before, and more than the 22 per cent in 2019.”
“Employers wishing to improve their talent pool, conversely, may consider themselves to be in an advantageous position in this competitive recruitment market. However, at a time when cost control is increasingly critical, they should look to offer more innovative enticements. Providing better opportunities for career progression and implementing a better apparatus for improved work-life balance would be key in retaining top talent and recruiting the best available candidates.”
To download your copy of the 2021 Hays Asia Salary Guide, please click here.
-ends-


Hays plc (the "Group") is a leading global professional recruiting group. The Group is the expert at recruiting qualified, professional and skilled people worldwide, being the market leader in the UK and Australia and one of the market leaders in Continental Europe, Latin America and Asia. The Group operates across the private and public sectors, dealing in permanent positions, contract roles and temporary assignments. As at 30 June 2020 the Group employed c.10,400 staff operating from 266 offices in 33 countries across 20 specialisms. For the year ended 30 June 2020:

– the Group reported net fees of £996.2 million and operating profit (pre-exceptional items) of £135.0 million;
– the Group placed around 66,000 candidates into permanent jobs and around 235,000 people into temporary roles;
– 17% of Group net fees were generated in Australia & New Zealand, 26% in Germany, 23% in United Kingdom & Ireland and 34% in Rest of World (RoW);
– the temporary placement business represented 59% of net fees and the permanent placement business represented 41% of net fees;
– IT is the Group’s largest specialism, with 25% of net fees, while Accountancy & Finance (15%) and Construction & Property (12%), are the next largest
– Hays operates in the following countries: Australia, Austria, Belgium, Brazil, Canada, Chile, China, Colombia, the Czech Republic, Denmark, France, Germany, Hungary, India, Ireland, Italy, Japan, Luxembourg, Malaysia, Mexico, the Netherlands, New Zealand, Poland, Portugal, Romania, Russia, Singapore, Spain, Sweden, Switzerland, UAE, the UK and the USA